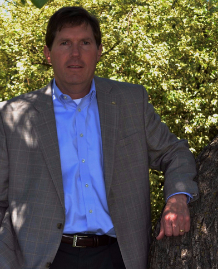 Minty's journalism career began in 1984 as a freelancer in Oklahoma City and later as staff writer at a small daily paper in Ponca City, Okla. He joined The Oklahoman as a staff writer in 1988 and served a variety of reporting and editing roles over a 15-year span.

Minty helped highlight accomplishments ranging from deep-water drilling in the Gulf of Mexico and new technology in the Canadian oil sands to pioneering the shale energy revolution in North Texas. He managed contentious issues surrounding hydraulic fracturing technology, water quality and earthquakes. He also managed media surrounding construction of the 50-story, Devon Energy Center megaproject from groundbreaking in 2009 to opening in 2012..

While at Devon, Minty published many columns, op-eds, and letters to the editor as well as web content and ad copy. He also produced multiple corporate social responsibility reports, reflecting the company's corporate citizenship and economic sustainability.

Get social with us

Recommend this page on: